The rhetoric of the military is always much harsher

A sharp aggravation of Greek-Turkish relations adds a separate “fuel to the fire” of European tension. Retired Greek general Yannis Egolfopoulos called for nothing less than a missile attack on Istanbul and the destruction of the bridges between Europe and Asia located in this ancient city. And this is no longer just an “old dispute among themselves” of unloving neighbors. MK found out how real this threat is. 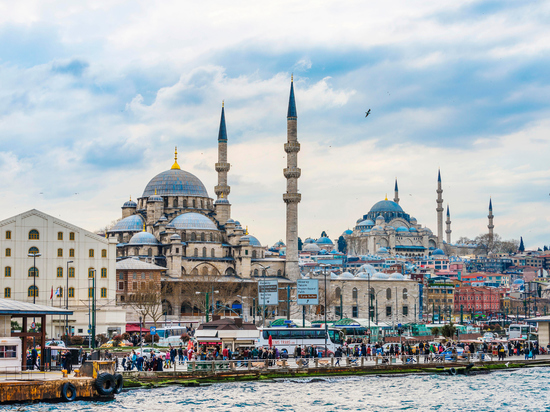 As Balkan experts recalled, the immediate cause for the aggravation was given by Greece, which began to violate the demilitarized status of 12 small islands in the Aegean Sea. These islands were given to her as a result of the First World War, which was established by the Lausanne International Agreement of 1923, and then, after the Second World War, was enshrined in the Paris Agreement of 1947. But with the condition – “do not militarize”.

“Those agreements granted sovereignty to Greece. But Turkey calls for reconsidering this issue, recalling that the islands are closer to the Turkish coast by nautical miles, – said Yulia Kudryashova, Associate Professor of the Department of Economic Theory at MGIMO. – And the delivery of Greek weapons to these islands caused such a negative reaction from the side of the Turkish leadership. And Greece has this position: its sovereignty means it has the right. But there is even deeper ground: Turkey's gas exploration in the Mediterranean region. This causes great tension in Greece – and perhaps these are some moments of psychological pressure on Turkey. Perhaps Greece wants to put some “red flags” on the Turks.

The expert considers the threats of General Egolfopoulos to be frivolous. “The Turkish general has already answered him,” Kudryashova noted. “But both generals are retired — that is, this is a verbal skirmish.”

“The rhetoric of the military and near-military circles of Greece and Turkey is always much harsher than the rhetoric of representatives of civilian authorities,” recalled Yury Kvashnin, head of the Center for European Studies at IMEMO RAS. – Greece does not want to go to Turkish demands and declare the demilitarized status of these islands. There is nothing good in this rhetoric, but these are still not official statements of the governments, which are much more restrained.”

Noting that the Greek-Turkish negotiations have just now reached an impasse, “with difficulty resuming “at the beginning of 2021 and designed to resolve the multiple mutual claims of the two neighbors in the Aegean Sea, the expert identified a more general reason.

“These are generally favorable relations between Turkey and its NATO partners, as well as between Turkey and the EU, which it is not a member of, unlike Greece,” Kvashnin said. – And now about the possible entry into NATO of Finland and Sweden: Turkey “rested” because the Finns and Swedes are too loyal to the Kurds. And many, many other questions. Turkey is trying to win back all its strategic defeats since the fall of the Ottoman Empire.