Exactly a year ago, at a meeting with representatives of the United Russia party, Russian President Vladimir Putin called the People's Program a living document that should respond to what is happening in the world and in the country. And the words of the head of the country were heard and did not remain just a beautiful phrase. On Thursday, August 25, a meeting of the working group on the preparation of changes to the people's program of “United Russia” was held. It discussed 80 new proposals related to education, healthcare, construction and housing and communal services, as well as all areas of assistance to the people's republics of Donbass and the liberated territories. 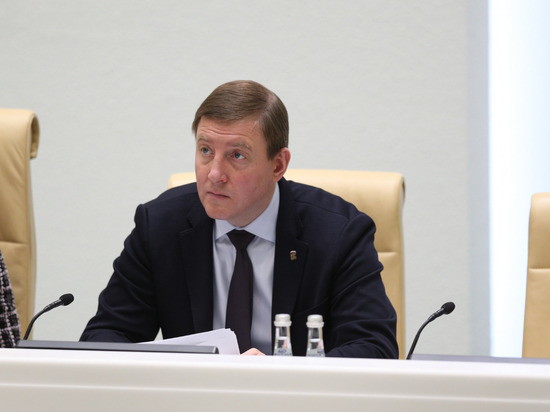 Attention to the LDNR and the liberated territories was riveted from the very beginning of the event. Secretary of the General Council of the party Andrei Turchak stressed that all the provisions of the People's Program with changes should be fully implemented there. And the assistance to Donbass, which United Russia has been implementing since the first days of the NWO, should become a separate section of the document.

“The referendum will be held, and there should be no doubt for anyone: these territories are regions of the Russian Federation. And they have the right to be included in the United Russia people's program,” Turchak said.

He said that each new element of the program must be confirmed in the budget for 2023-2025.

The head of the Central Executive Committee of the party, Alexander Sidyakin, spoke about the work of the Party Landing Forces project, which was created to control the implementation of the program. Within its framework, more than 4 thousand objects were checked, and 20 thousand people entered the public headquarters.

Initiatives in the field of education, which should be included in the national program, were presented by the chairman of the State Duma Committee on Education, Olga Kazakova. She believes that it is necessary to start a program of overhaul of colleges and technical schools, by analogy with the proven program of overhaul of schools. Also, the folk program should include work with LDNR teachers and providing Donbass with literature in Russian.

According to the head of the party commission on education and science, Elena Shmeleva, student dormitories also need major repairs. In addition, it is necessary to modernize the system of targeted admission to universities. Also, the national program will provide for the training in Russian educational organizations of children arriving in Russia from the LDNR, including taking into account the need for their sociocultural adaptation. Another proposal is methodological and infrastructural support for scientific and educational organizations of the DPR and LPR, including assistance in updating their material and technical base.

To touch on the changes and block the health care of the people's program. According to Dmitry Khubezov, chairman of the State Duma Committee on Health Protection, the document should include proposals for medical assistance to Donbass and import substitution of medicines. In turn, Denis Protsenko, head of the United Russia Health Commission, suggested adding a provision on providing medicines to patients with cardiovascular diseases. At the initiative of the party, 10 billion rubles will be allocated in the budget for these purposes.

Anna Kuznetsova, head of the United Russia commission for the protection of motherhood, childhood and family support, presented a number of social initiatives. For example, the removal of age restrictions on the program for providing housing for young families, as well as the creation in the regions of a family-oriented environment in social institutions and multicenters for the social and labor integration of disabled people.

In addition, United Russia will provide funding for the program modernization of housing and communal services in the budget and will include it in the people's program. The head of the State Duma Construction Committee, Sergei Pakhomov, noted that the program should also include a provision on the replacement of elevators in apartment buildings. And, of course, work to restore the infrastructure of the people's republics and liberated territories.

All voiced initiatives will be analyzed. Existing provisions will also be updated. After that, a report will be prepared for the Chairman of United Russia, Dmitry Medvedev.

“It can be considered a big step forward for Russian policy that United Russia has expanded its program to include various areas of support and assistance to the LDNR . There is a lot of evidence that on the part of the party there is a firm acceptance of the intentions of the LPR and DPR to hold a referendum and become part of Russia based on its results. The only thing I would like to note is that the referendum is a recommendatory vote. In my opinion, it would be more correct to hold a popular vote. The correction of the wording, although it sounds purely technical, is of great importance,” commented economist and political scientist Vasily Koltashov. Recall that the people's program of “United Russia” includes 294 provisions, the implementation of which is provided from 2021 to 2025. Currently, 72 provisions (25%) of them have been fully implemented.