UAVs are becoming the most important target

On July 5, Defense Minister Sergei Shoigu held a conference call with the generals. One of the topics is the development of medium and short-range air-to-air missiles for the Russian Air Force. MK asked a specialist why our fighters might need such missiles. 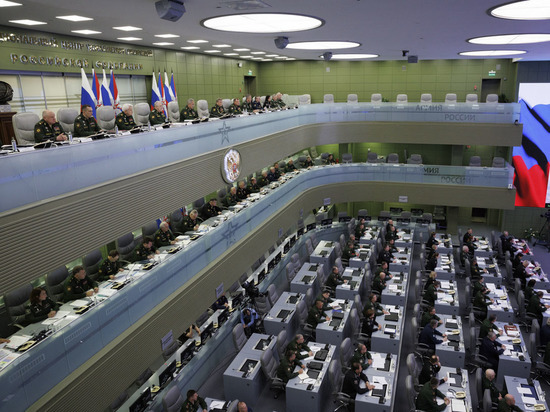 Photo: Ministry of Defense of the Russian Federation

Air missiles are being developed for the Russian Aerospace Forces by Vympel Design Bureau. As Shoigu said, the new missiles will be used by the 5th generation Su-57 aircraft and other fighters. According to him, this will increase the effectiveness of military aviation in air confrontation and increase the range of air targets hit, including small ones and those made using stealth technology.

Aircraft manufactured using stealth technology have low radar visibility. These are, for example, the American F-35 aircraft, which are more and more near the Russian borders.

As for the “small-sized” targets, there is no need to guess – these are drones, which have become an indispensable attribute of the armed struggle.

As the minister said, already in 2022 the first serial batches of new short-range and medium-range missiles will go to aviation units. Here is what an expert in the field of aviation weapons, who wished to remain anonymous, told MK about the new missiles:

That is, they systematically solved the problem: to detect our aircraft as far as possible and shoot it down at a long range, preferably a hundred kilometers away. Hence, by the way, they have a trend towards low radar visibility of their aircraft – so that the airborne radars of our aircraft do not see the enemy for as long as possible. They rely on air combat at long distances. In a word, no noble duels, but beat the enemy like a blind kitten.

And we have the opposite. Pilots were taught how to start a fight, how to fight it at any distance. That is why we still have guns on planes. Including the Su-57. In the event that the missiles are used up, you finish off the enemy with a cannon. And this can certainly be done only in close maneuvering combat.

In recent years, we have seriously advanced in the creation of long-range aircraft missiles. And now it has been recognized as expedient to develop the segment of medium and short-range aviation missiles. Why? I think there are several reasons for this.

One of them is the need to effectively destroy small, weakly maneuvering targets in the air, that is, drones. Although, of course, we have other means to fight drones – the same anti-aircraft systems, electronic warfare stations.

– These drones, as a rule, do not approach the borders. They also need to be hit with a long-range air-to-air missile.

– They are successfully hit by anti-aircraft gunners. “Bayraktars” do not go at low altitude. They are “seen” by our radars far away. Anti-aircraft missiles normally get them. But, apparently, the task of combating drones is becoming so urgent that aviation is also aimed at solving it.

In addition, there is one more argument – economic. A mass-produced drone, as a rule, is an inexpensive device, and we have to spend an expensive missile to destroy it. We need cheap air-to-air guided missiles so that there is an optimal ratio between the cost of an air target and a means of destruction. Hence, I think, the question arose at a meeting with Shoigu.

Medium and small missiles are also needed to fight Ukrainian Air Force planes and helicopters. Or rather, with what is left of these Air Forces.