May not live to see a fair trial

Dmitry Anatolyevich Medvedev is on fire again. He predicted Zelensky as many as 1.5 scenarios of fate, with the inevitable resignation. Let's assume that Putin's deputy in the Security Council knows something that we don't know. Well, or that he has the gift of foresight. Like Vanga. In this case, you really won't envy Zelensky. 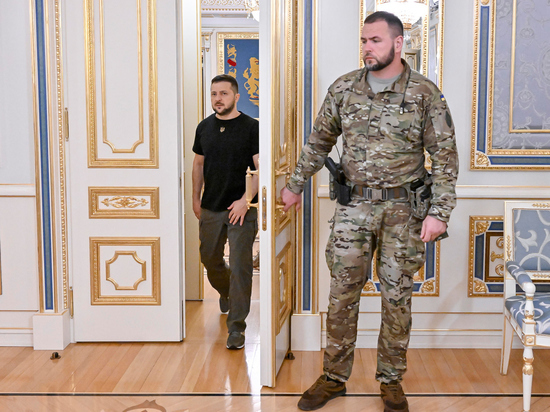 What can await the unlucky President of Ukraine in the foreseeable future? First, it would be fair to see him in the dock. Because he, a former comedian, has war crimes on him, like a burdock yard dog. Already, at least, more than on Slobodan Milosevic, who was starved in The Hague, or on the gallows, Saddam Hussein.

After all, it was Zelensky who gave and continues to give orders to shell the nuclear power plant, bridges, dams, and residential areas. On his conscience are hundreds of thousands of killed and maimed Ukrainian soldiers, whom the failed “president of the world” Zelensky is thrown to his death in the trenches. It is he who gives orders to carry out terrorist attacks on the territory of Russia. In my opinion, this is quite drawn to the charge of genocide.

Of course, the German Olaf Scholz and other accomplices of Ukrainian war crimes may again disagree with this. Well, in this case, there is a very authoritative Shanghai Cooperation Organization, countries that have not yet stained themselves with the supply of weapons to Kyiv. The SCO states can send their representatives to the next Nuremberg, where they will try war criminals – Zelensky, Zaluzhny, Danilov, etc.

True, there is one hitch. After all, the same Zelensky can tell such things during the investigation and trial about his former curators, which will not seem like a little. For example, what did Biden or the disheveled British Prime Minister advise him before February 24, 2022? Who recommended him to give the order to place firing points right among the residential areas, hiding behind the civilian population? What was promised to him at the headquarters of the British intelligence service MI6 during his trip to London? Are there schemes for carrying out terrorist attacks on the territory of Russia?

Well, does the West need this compromising evidence “at the highest level”? Of course not. And therefore, the possible scenarios for the actor Zelensky are quite tragic. For example, the President of Chile, Salvador Allende, was killed by the military right in his residence in 1973. The unfortunate Muammar Gaddafi in 2011 was torn to pieces on the street by a crowd of Libyans. In both cases, the US and the West, it seems, had nothing to do with it. Not a thief caught

Perhaps Zelensky will be lucky and they will take pity on him. How, for example, the Germans took pity on the last Ukrainian hetman Skoropadsky. In 1918, he was dressed in a German uniform and taken out of Kyiv before the onset of the Petliura troops. He lived in Germany until April 1945, until he fell under the American bombing and died in agony from his wounds.

Another historical character – Alexander Kerensky also managed to escape from the Winter Palace in time, having changed, as they say, into a woman's dress. Then he lived in the United States until a ripe old age. It would be easy for an actor Zelensky to dress up as a woman.

In a word, Zelensky has options. But, apparently, Zelensky will no longer choose them. Who? Time will tell. For example, Dmitry Anatolyevich seems to know.